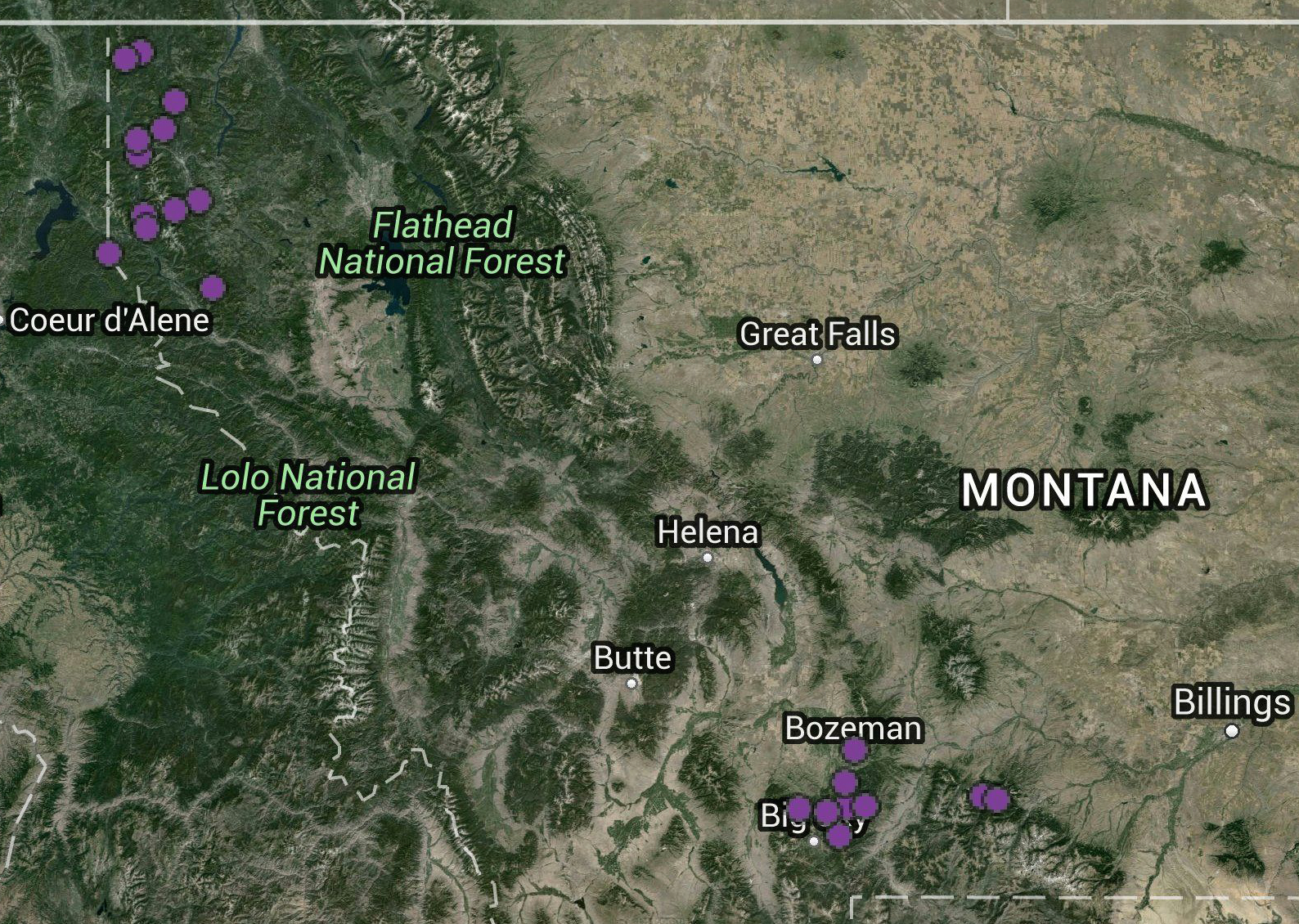 During the summer of 2014, sampling was conducted at 12 sites in the Kootenai National Forest in northwest Montana (Lincoln and Sanders Counties; Figure 1). These sites were chosen to represent a diversity of elevations, slopes, aspects, and habitat types. Eight of the study sites are part of a long-term huckleberry-productivity study conducted by the USFWS (Kasworm et al. 2013). Other sites were found following the recommendations of Kootenai National Forest staff and locals in Lincoln and Sanders Counties.

During the summer of 2015, sampling was conducted at nine sites throughout the Custer-Gallatin National Forest in southwest Montana (Gallatin County). Sites were found using historic records of V. globulare in the Consortium of Pacific Northwest Herbaria database (Consortium of Pacific Northwest Herbaria 2013). Fewer sites were chosen during the 2015 field season to facilitate more frequent observations and sampling.

In general, the 2014 sites in the Kootenai National Forest were more remote. All were accessed via Forest Service roads and were at least 8 km from a main roadway. The sites in 2015 were accessed via hiking trails, but were generally less than 2 km from a main roadway. The four 2015 sites that were the most remote (two in the Boulder Valley of Sweet Grass County, one near Pioneer Falls in Madison County, and the Hidden Lakes Trail in Gallatin County) were only visited once or twice during the field season.

In 2014, site visits were limited by weather, distance, and plant phenology (which is correlated to elevation, aspect, and canopy cover), and each site was sampled three, four, or five days during the season for approximately 3 h each. In order to visit the sites more frequently and sample more thoroughly, sampling in 2015 focused on four sites visited once every 7-10 days, while five additional sites were sampled only once or twice. Vaccinium globulare plants in the Custer Gallatin National Forest are much more sparsely distributed than those in the Kootenai National Forest, so although the same amount of time was spent sampling, the time was split between smaller patches of plants spread out over a linear distance of approximately 1.5 km.