The Lepidoptera are one of the most economically important insect orders because the larvae of most species are phytophagous (Triplehorn and Johnson 2005). Seventy-eight individual Lepidoptera were collected from the leaves and stems of V. globulare. Sixty-nine of these were collected as larvae and reared at the MTEC lab. The other nine specimens were collected as adults from the plants. Individuals collected as adults were in the moth families Tortricidae and Crambidae. Larvae reared to adults were in the moth families Gelechiidae, Tortricidae, Geometridae, and Lasiocampidae and three reared individuals were Polygonia faunus (Edwards) (Nymphalidae), a brush-footed butterfly known from Canada south through the Rocky Mountains (Scott 1986).

The three adult Crambidae moths collected are known to feed on grasses and sedges (R. Brown personal communication 2015). All the other Lepidoptera were collected and reared in the lab after being observed feeding on leaves. All of these taxa are known to be polyphagous and have been recorded using Vaccinium plants in North America as hosts (Robinson et al. 2010). However, V. globulare is a new host plant record for every Lepidoptera species collected in this study.

Forty-five percent of the reared Lepidoptera were Neotelphusa praefixa (Braun), a Gelechilidae species known to use Vaccinium as a host. These microlepidopteran larvae were observed feeding on V. globulare from late May to June, removing interveinal tissue and causing skeletonization of the leaves. They then sealed themselves between two leaves to pupate, emerging as adults in two to three weeks. This species was previously only known from Vaccinium pallidum (Robinson et al. 2010). 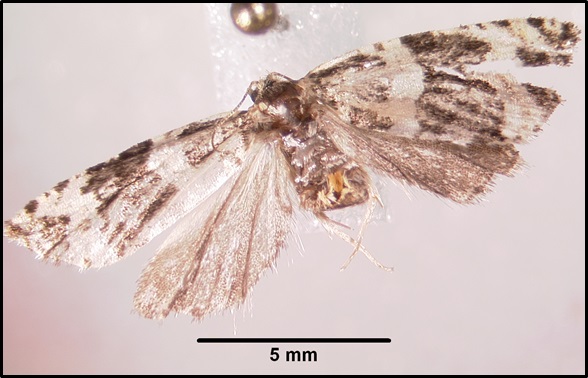 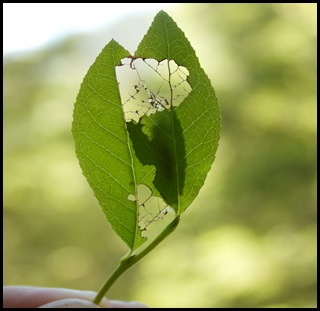 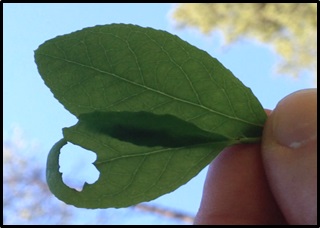 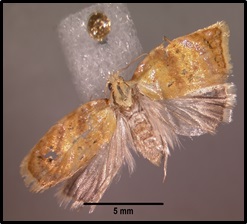 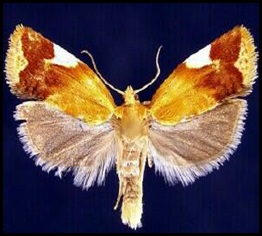 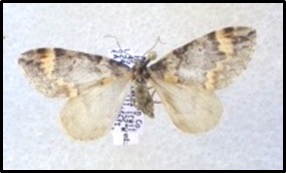 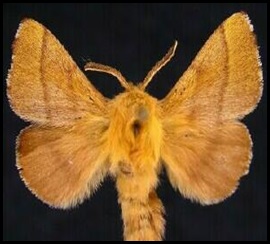 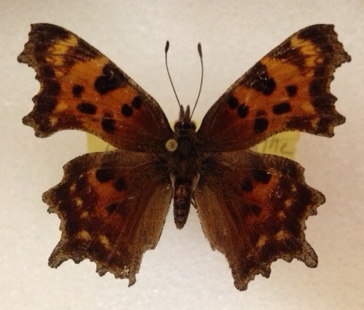