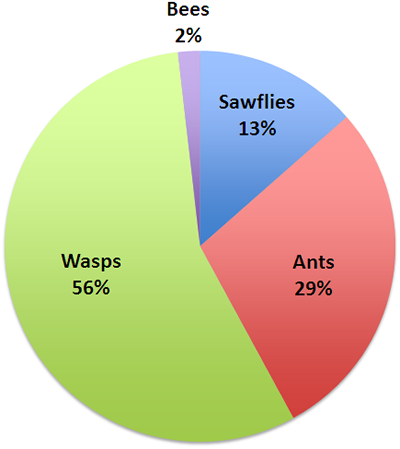 Hymenoptera on Vaccinium globulare Leaves and Stems. In 2014-2015, 385 total Hymenoptera specimens were collected from V. globulare leaves and stems. Based on known biological information, only the sawflies are likely to have a biological association with the plant.

One individual of Pristiphora macnabi (Ross) (Tenthredinidae) was collected in 2015. This species has been reared from berries of V. membranaceum in Coeur d’Alene, Idaho (Wong 1968). The specimen collected from V. globulare in the Gallatin National Forest is a new state record and a new host plant record for this species. Forty-two individuals of an undescribed Pristiphora species were collected from the leaves and stems of the V. globulare plants at five sites, also in Gallatin National Forest, just after anthesis. No individual was observed ovipositing, but larvae of the same species from other Gallatin National Forest sites were found inside green, undeveloped berries late in the summer. Larvae of P. macnabi were also found inside green, undeveloped fruits collected at one site in Sanders County in 2015. 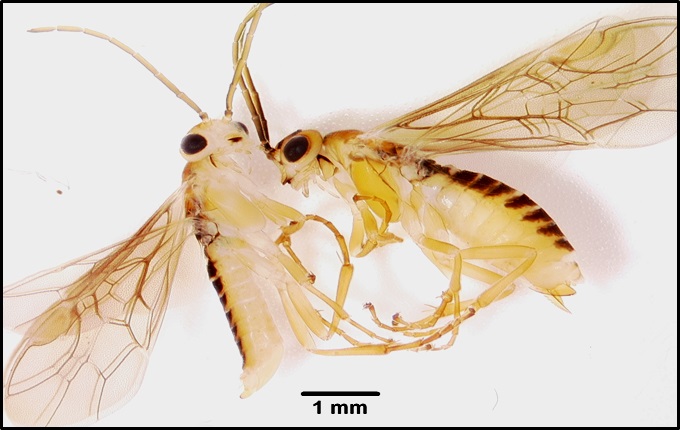 New Pristiphora sawfly species collected on V. globulare leaves/stems.Adult male (on the left) and female (on the right). Photo: A. C. Dolan 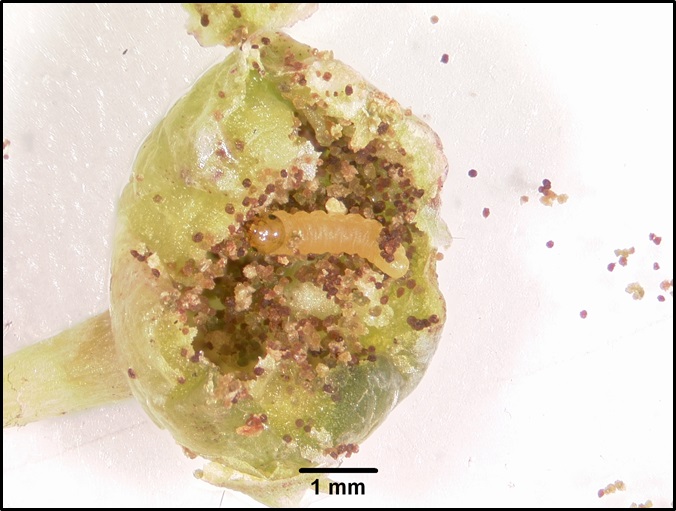