Diptera were the most numerous taxa found on the leaves and stems of V. globulare throughout the sampling period, with 577 individuals from 34 families collected. Many of these are members of families that inhabit moist forest understories and places where there is decaying organic matter, both of which accurately describe all V. globulare study sites. Based on what is known about the life history of the Diptera families collected (McAlpine et al. 1981 and 1987), only four groups are likely to be biologically associated with the plant: Agromyzidae, Anthomyiidae, Scathophagidae and Tephritidae.

Larvae of all Agromyzidae are leaf miners, and the genus Phytobia has been recorded on other species of Vaccinium (Spencer 1990). The agromyzids collected were from the genera Aulagromyza and Phytomyza, neither of which are known to be associated with Vaccinium. Snowberry (Symphoricarpos spp.) is a known host for some Aulagromyza species (Meijer et al. 2012) and is common in the understory communities of Montana forests (Lesica 2012) where V. globulare is also found. This information, along with the fact that the leaves did not show evidence of leaf miner feeding, indicates the specimens collected likely came from a nearby non-Vaccinium host plant. 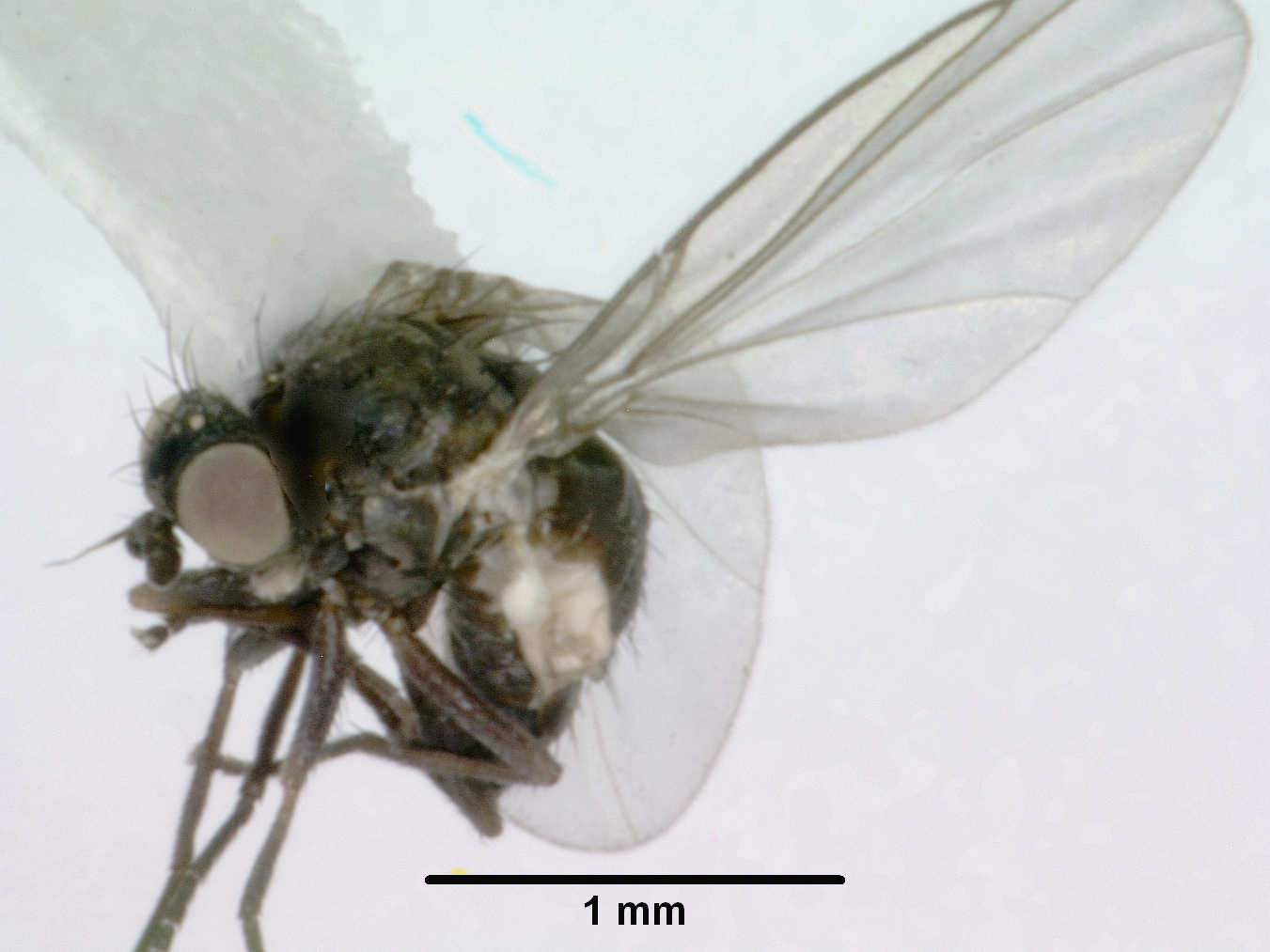 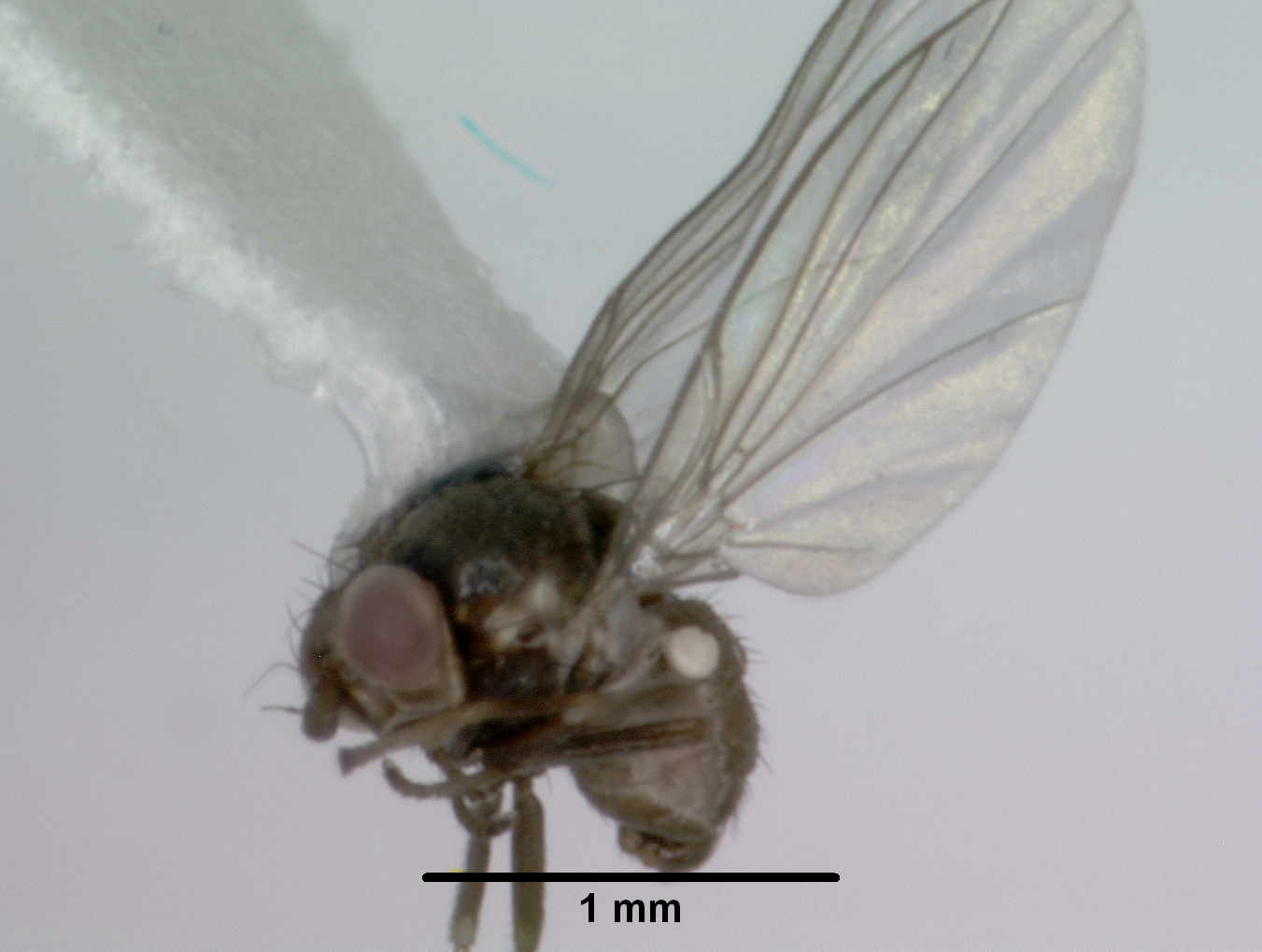 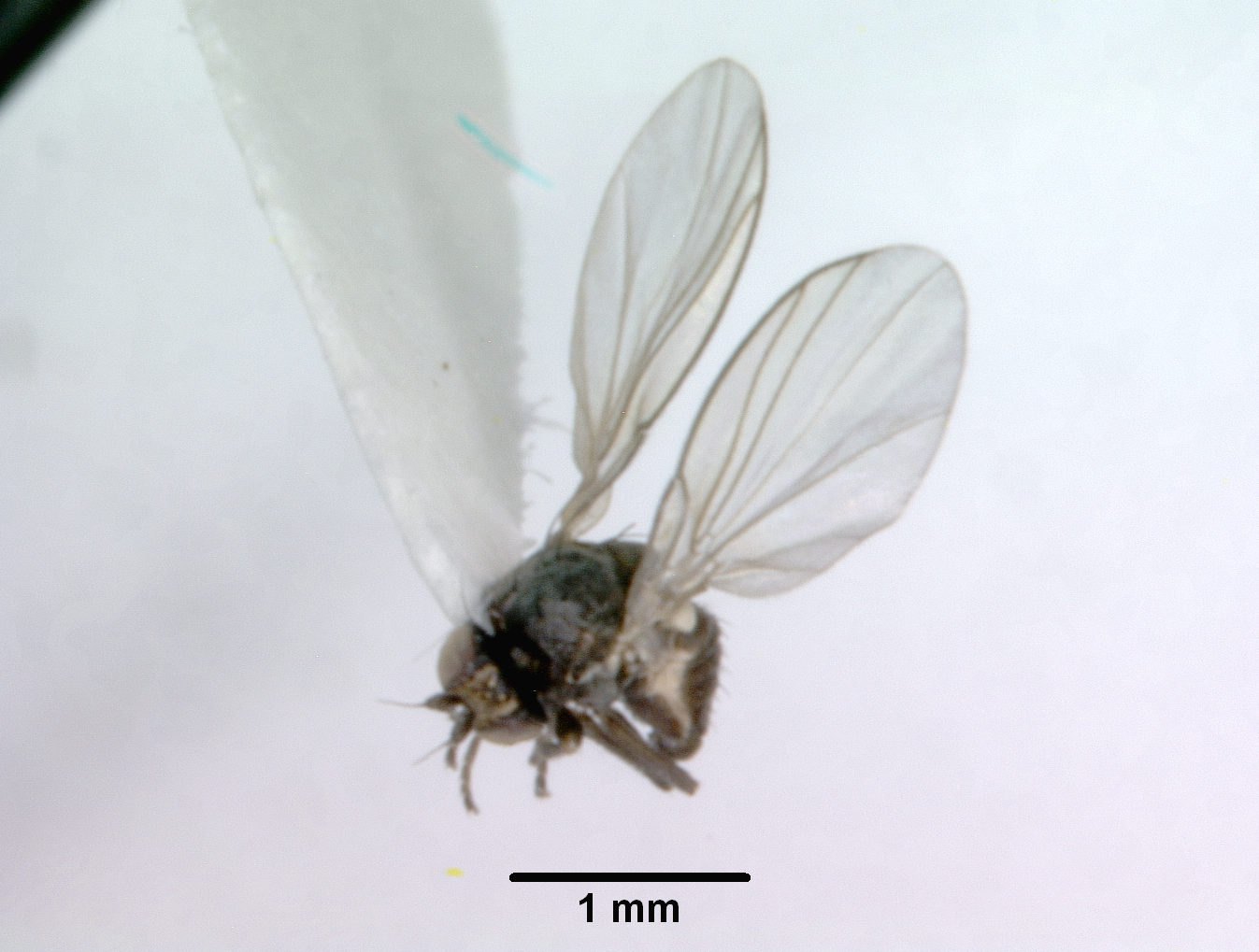 Anthomyiidae were collected from flowers of lingonberry plants (Vaccinium vitis-idaea L.) in Europe (Jones et al. 2014), and larvae of this family are known to feed and develop in roots, stems, flower heads or foliage (McAlpine et al. 1981). Twenty-one adult anthomyiids representing six species were collected from the leaves of V. globulare at six different study sites in 2015. Only one individual of this family was collected from the flowers and none were observed ovipositing. However, roots, rhizomes, and stems at these sites were not examined for larvae, so this Diptera family is one that may be of interest for further investigation. 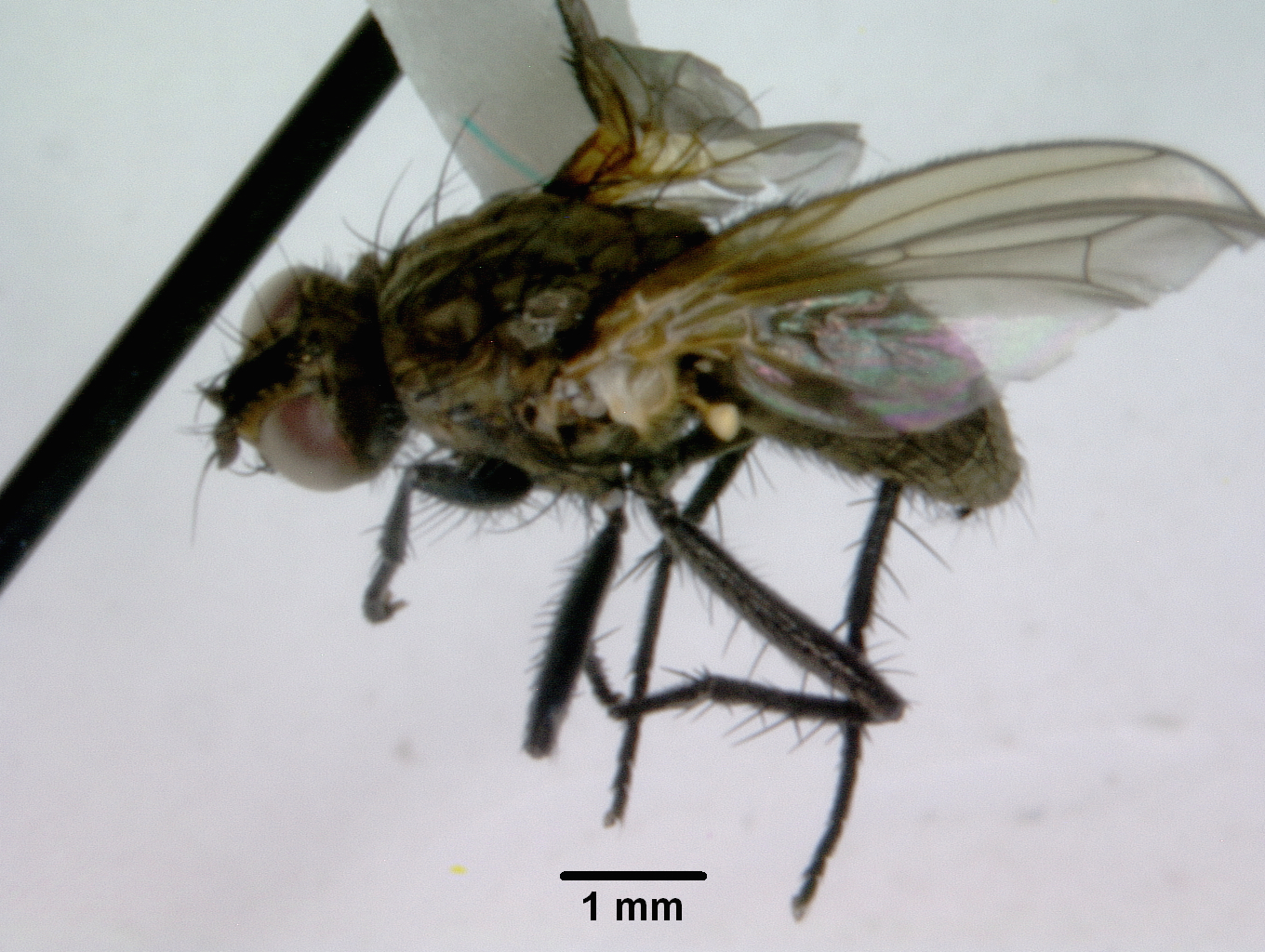 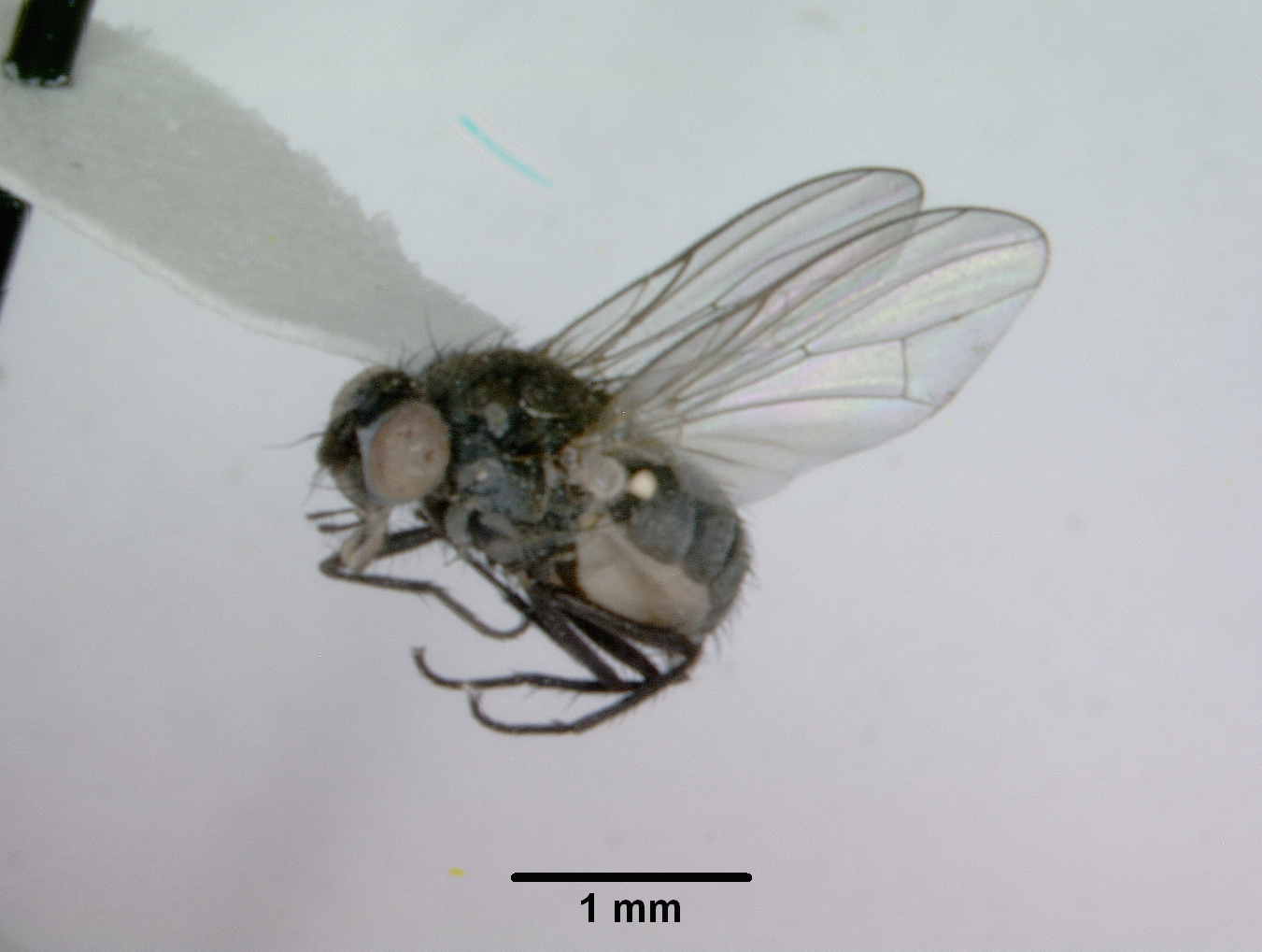 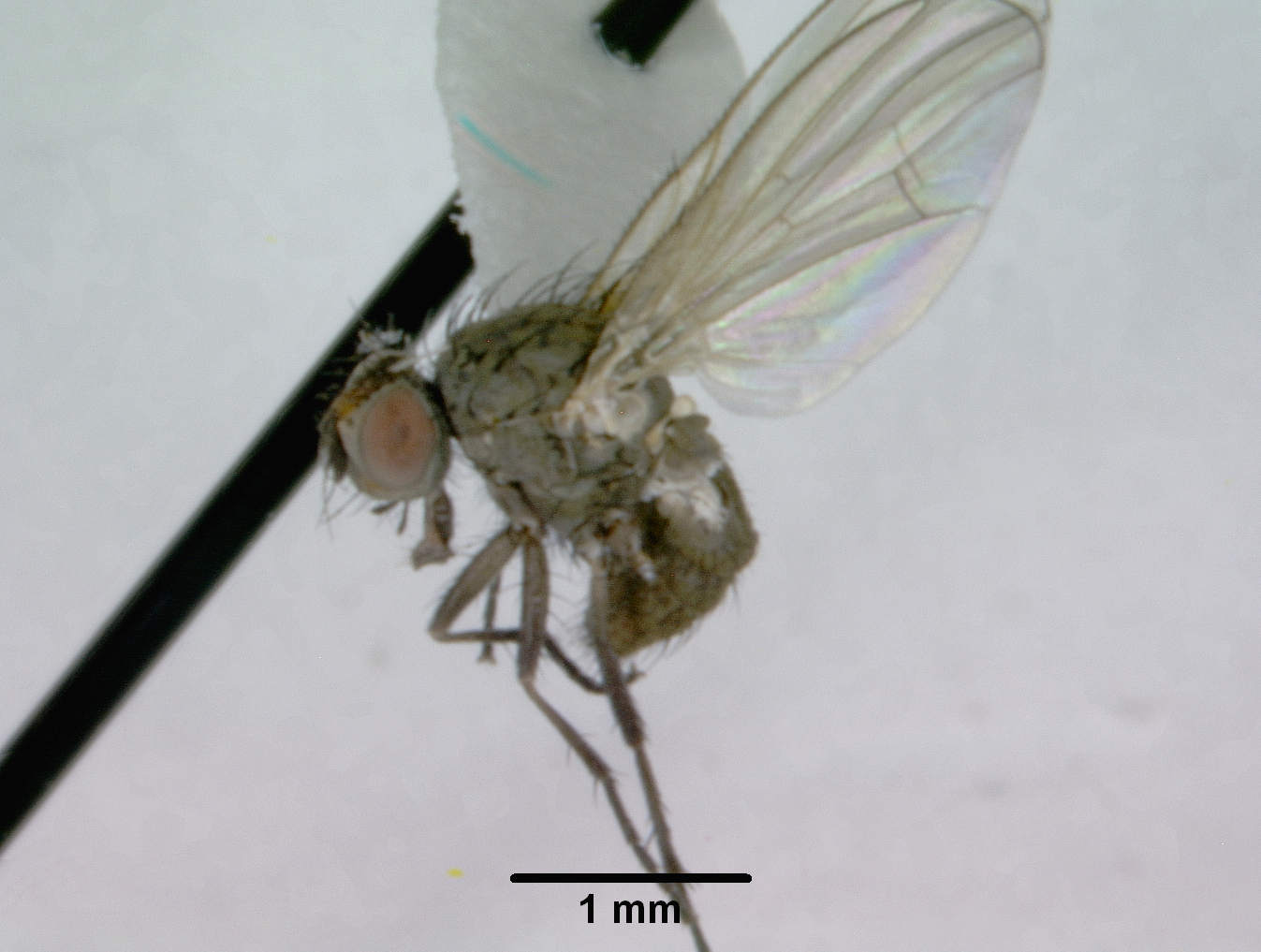 Scathophagidae are often associated with dung, but larvae of this family have a variety of feeding habits—some are predators, some are found scavenging in rodent burrows, and some are phytophagous as leaf miners (McAlpine et al. 1981). Additionally, there is one record of a scathophagid species feeding on Ericaceae shrubs in Scotland (Horsfield and MacGowan 1997). Of the Scathophagidae collected from V. globulare, nine of the twelve specimens are in the genus Scathophaga, which is a group known to lay eggs in dung (McAlpine et al. 1987), so it is unlikely that this group is biologically associated with the plant. 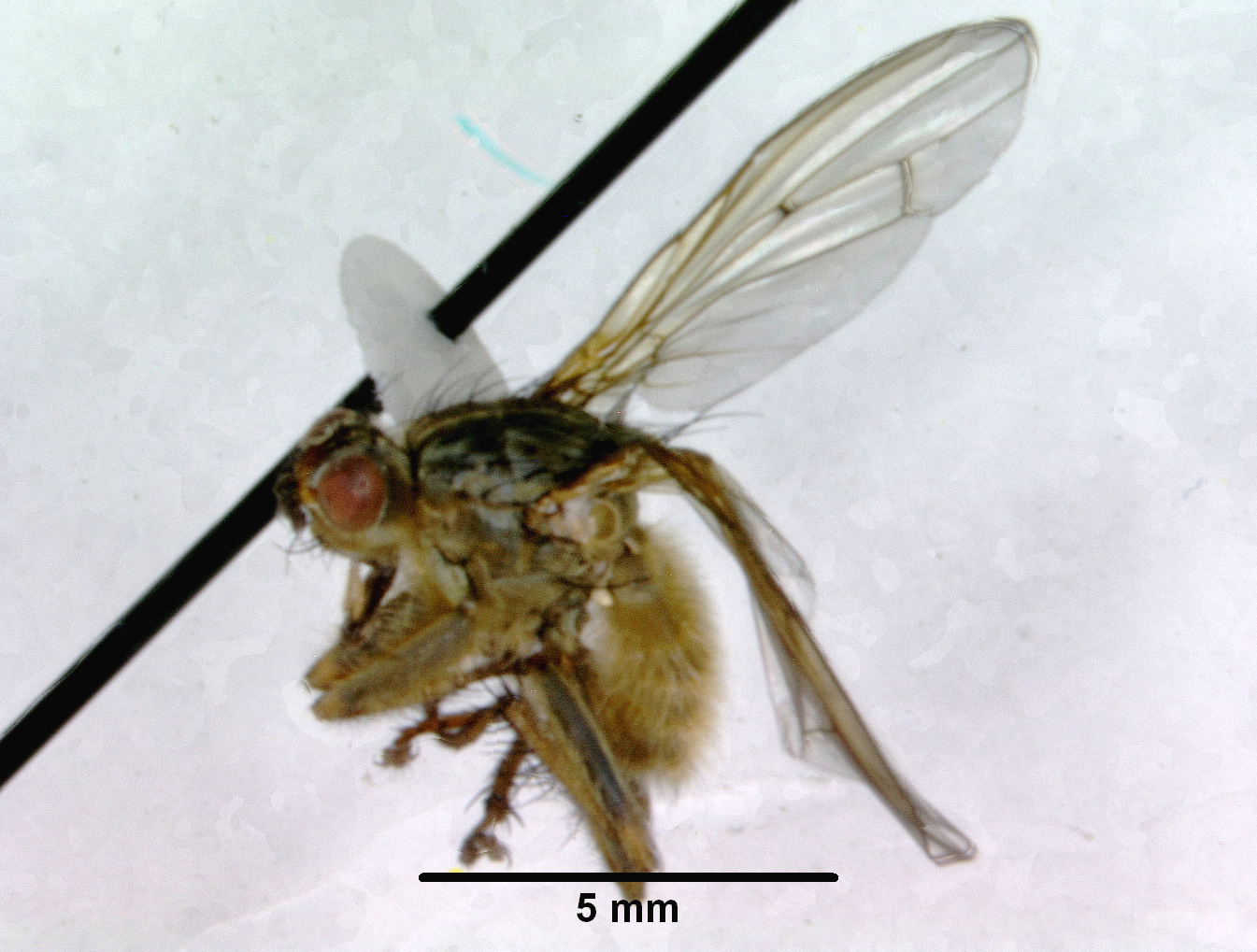 The fourth Diptera family collected in this study and possibly phytophagous on huckleberries was Tephritidae. Tephritid larvae are known to feed on living plant matter and many form galls (McAlpine et al. 1981). However, only one specimen in this family was collected, so it is also unlikely to have an important biological association with V. globulare. 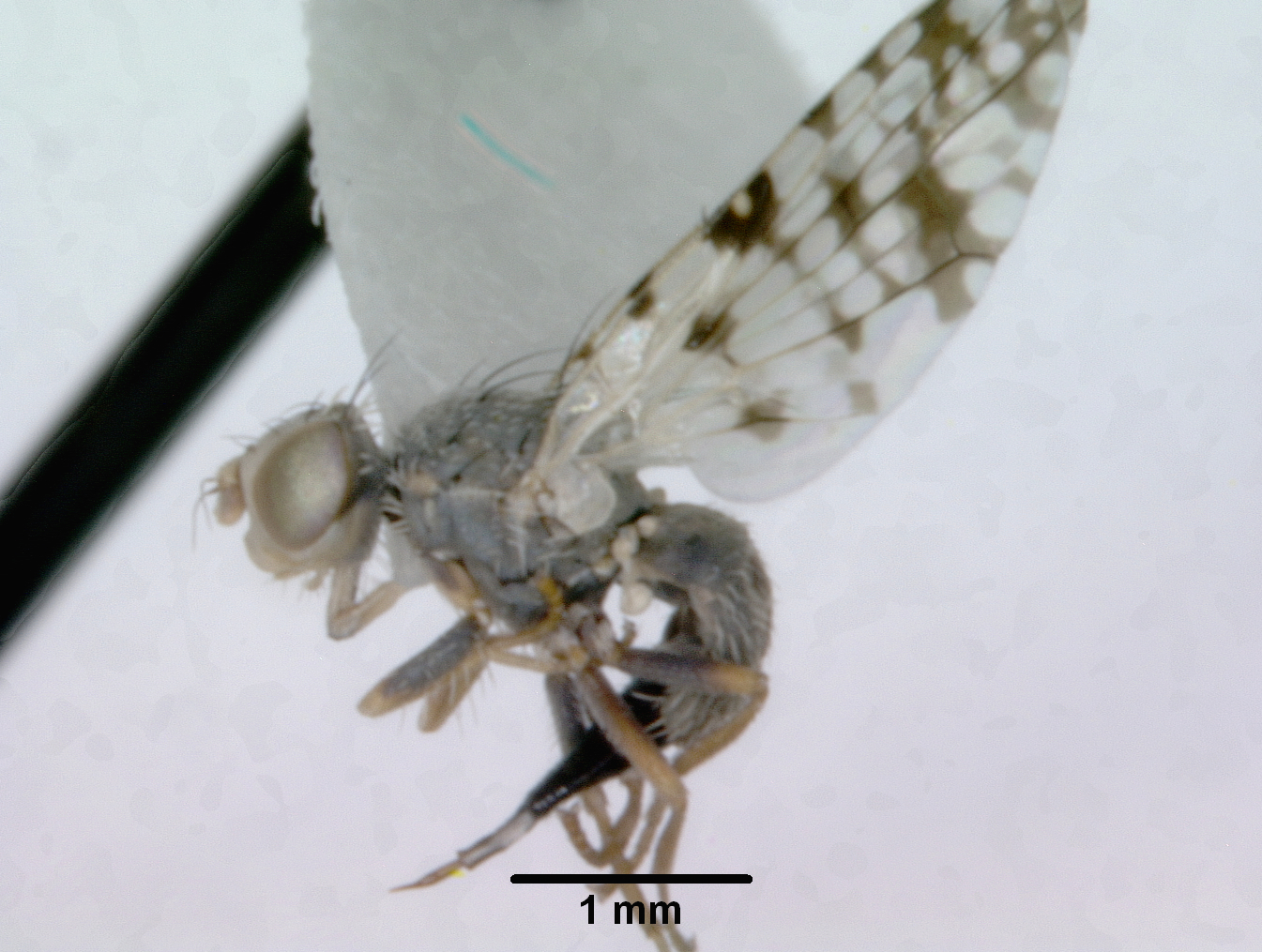