Bombus mixtus is known to be common throughout most of its range, which extends from the Pacific Coast through the Rocky Mountains north into western Canada and Alaska. There are scattered records as far east as the upper Midwest, northern Ontario, and New Brunswick (Williams et al. 2014). It is also common in Montana, with records throughout the forested, montane regions in the west. 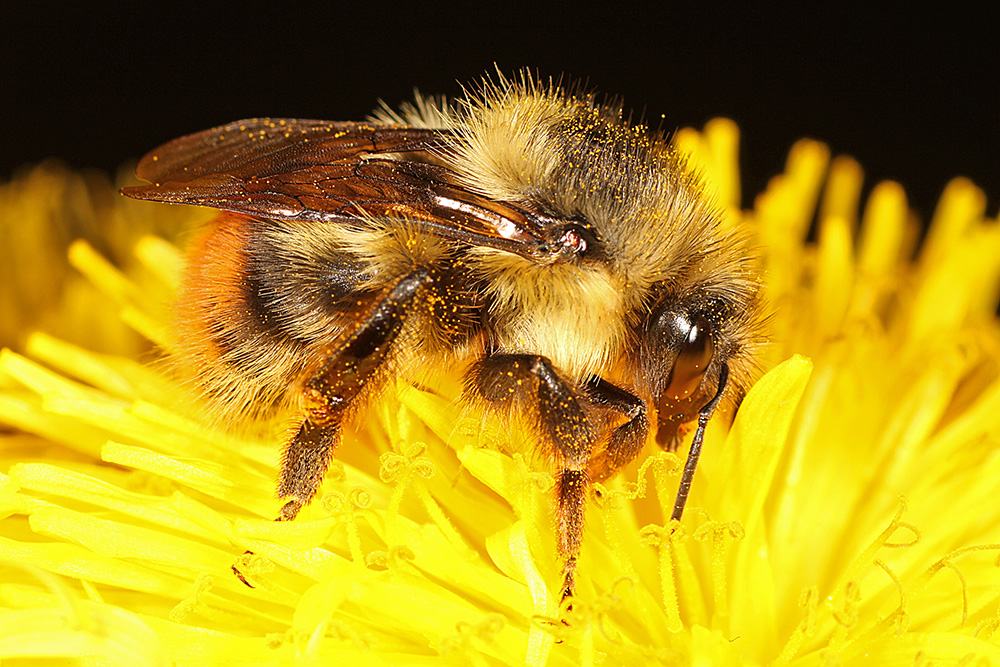 Bombus mixtus has a cheek that is approximately as long as it is wide and there are black hairs mixed throughout the yellow on the thorax in front of the wings, making it appear dirty or cloudy. Usually abdominal T2 has yellow hair in the middle and black hair on the sides. Abdominal T5 (and often T4 and sometimes T3) is orange, though sometimes the orange is very pale.