Bombus melanopygus is known to be common throughout its range, which includes most of California, the southwestern U.S. deserts, and the Rocky Mountains. There are also records of this species scattered throughout the tundra/taiga regions of Alaska and northern Canada (Williams et al. 2014). Two color forms exist: the dark form (formerly B. edwardsii; Owen et al. 2010) is found primarily in California and Oregon, while the red form (B. melanopygus s. str.) is found in the northern and eastern portions of its range (Koch et al. 2012). In Montana, only the red form has been collected, and it is relatively common in the mountainous regions throughout the western portion of the state. 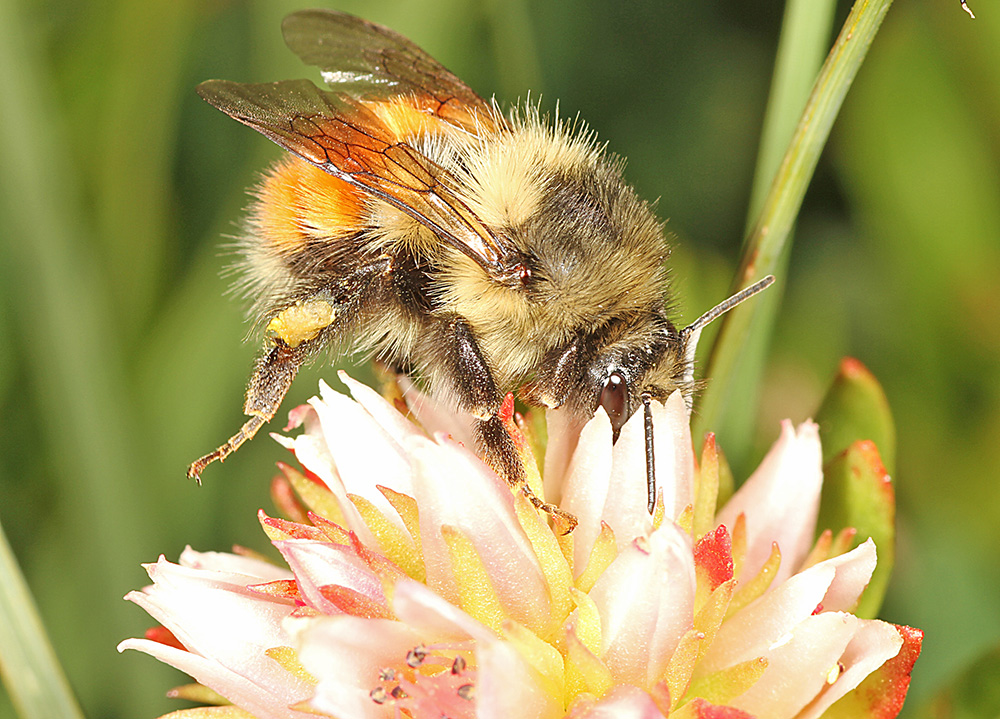 Bombus melanopygus has a cheek that is about as long as it is wide. The yellow hairs on the face and thorax in front of the wings have many black hairs intermixed, giving the face and thorax a dirty or cloudy appearance. The yellow hairs on the thorax behind the wings are often divided by black hairs in the middle. Abdominal T1 is yellow, T2 and T3 are orange, and T6 is always black. The hairs around the pollen baskets (called “corbicular fringes”) are also black. There is a color morph of B. melanopygus that has black, instead of orange, on T2 and T3, but this color morph has not been documented from Montana.

This species is most easily confused with B. huntii, B. ternarius, B. sylvicola, and B. bifarius. In B. huntii, B. ternarius, and B. sylvicola, there will be few, if any, black hairs intermixed with the yellow on the thorax in front of the wings. Bombus bifarius has at least some black on T2, and the corbicular fringes are usually orange. Additionally, the hind basitarsus (5th leg-segment) of B. bifarius is almost always brownish-orange, making it appear distinctly lighter than the hind tibia (4th leg-segment).