Bombus centralis is a moderately common bee throughout its range, which includes the Rocky Mountain region and the desert highlands of Arizona and New Mexico (Williams et al. 2014). It is also widespread in Montana, known from all across the state.

Distinguishing between individuals of B. flavifrons and B. centralis in places where the two species occur simultaneously can be difficult. There is variation in color patterns and often a blending of diagnostic characters that often makes these two species indistinguishable (Stephen 1957, ACD personal observation 2015). This is also a case where elevational diversity is associated with noticeable differences in hair length and texture (Milliron 1971, ACD personal observation 2015), further complicating identification. 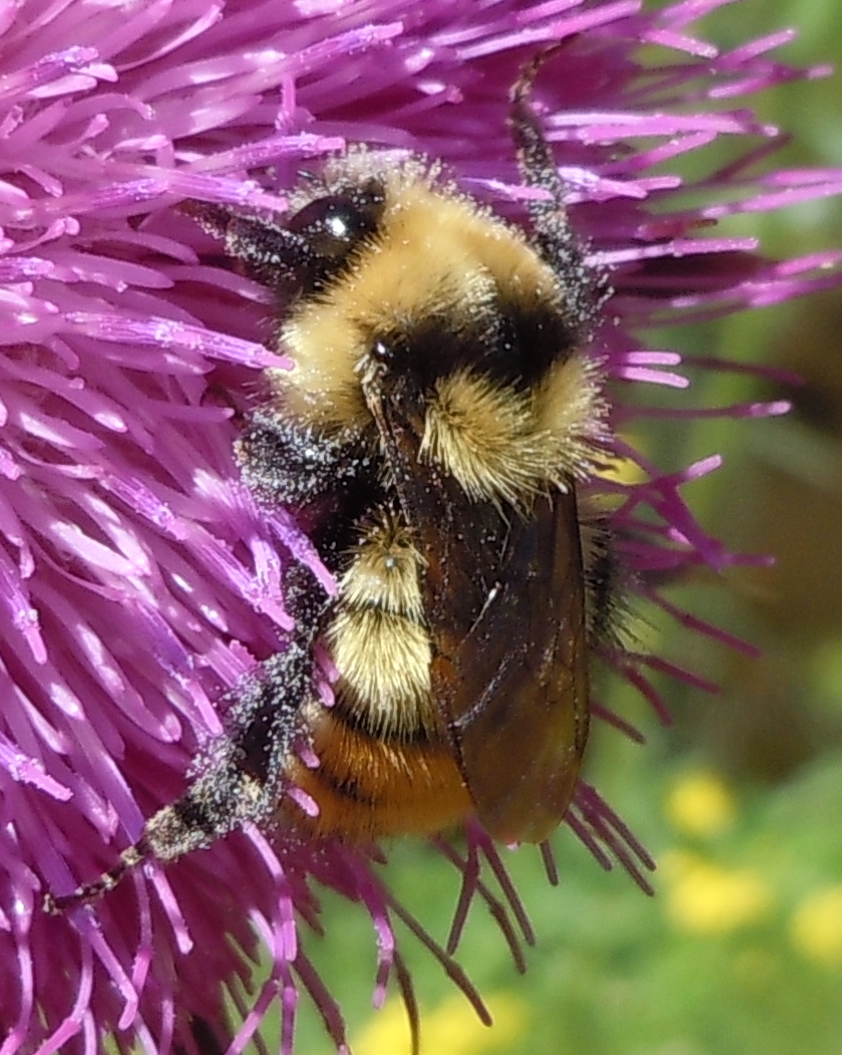 Diagnostic characters for B. centralis are a longer-than-wide cheek and a hair pattern of abdominal T1: yellow, T2: yellow, T3: orange, and T4: orange. There are no black hairs intermixed with the yellow on the thorax in front of the wings. Some individuals’ cheeks are only slightly longer than wide, and some individuals have orange hairs in the middle of T2.

This species is most similar to B. flavifrons. However, B. flavifrons has black hairs intermixed with the yellow on the thoracic dorsum and is often found in more forested mountain areas, while B. centralis is more common in the valleys.